For the first 18 winters of my life, “winter” was the few weeks my family spent in the Chicago suburbs every year. During of the rest of December through February, “cold” was 60° and “bitter cold” was maybe 45°.

Even in college, despite the months of horribleness, I was able to escape to Florida for the brilliant 4 weeks of winter break.

So these past two years of permanently living up north? Big, heaping doses of “meh.” 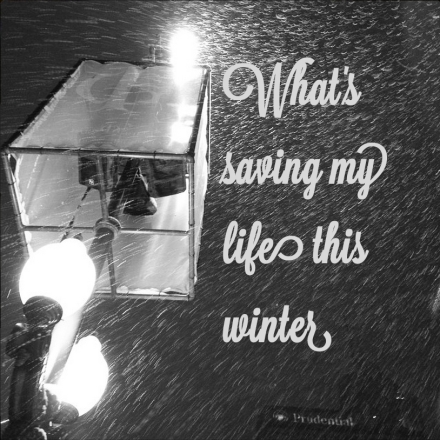 I could list all of my dislikes about winter—the things that are “killing me”—but that would be a) depressing b) whiny and c) a wee bit boring. Unless, of course, you want me to rant about stuffy noses, vitamin D deficiencies, and too much sock laundry.

(If I wrote it, at least. I’ve seen this post well done elsewhere, but we all hear enough of me complaining in real life already)

Instead, here’s a few things that are “saving” me this winter, idea kudos to Modern Mrs. Darcy and her linkup. 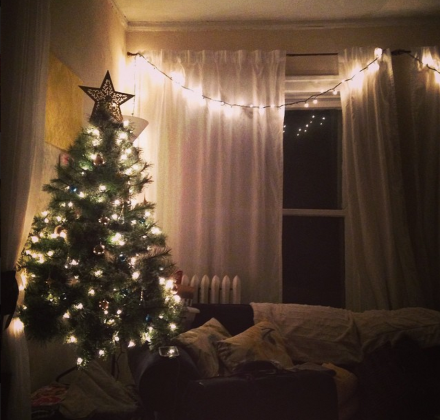 An extra month of Christmas lights
If you want to make fun of me, just do it when I’m not listening: my little Christmas tree is still up. I am planning to take it down this week, but being able to switch on the lights now and again has kept my little studio from feeling too dreary on some darker afternoons in January. (Plus, it’s a small tree on a side table. Since it’s never in the way, I have such little motivation to make it go!)

Knitting
I started knitting again in the last few months, and it’s been perfect. There’s something extra relaxing about a hobby that doesn’t require much prep to begin a new project—and none at all to pick up a one of my many works-in-progress. It’s occasionally stressful when a gift has a deadline, but for the most part it’s just good to be creating. 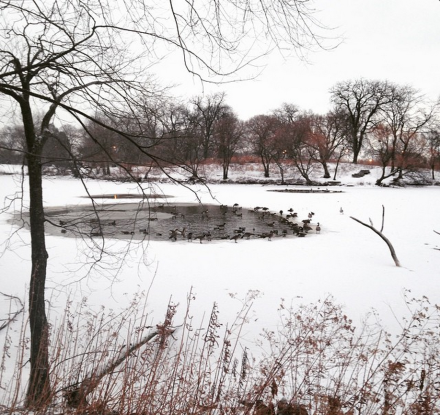 Walking the last stop or two
This one is a new habit, or at least a potential habit that I have as a goal for this month. I’ve resigned myself to getting off the bus one or two stops early every single day. Earlier in January, I realized that I was getting little to no daylight, and very little exercise either. A few extra blocks every day is a little thing that helps. I’ve even brought out my camera to take shots of the park nearby, and getting me to use my DSLR is killing a second bird with that same stone. (But no geese were killed, I promise.)

Evernote
“I need to be cooking more.” This has been a constant refrain for the past few months, and last month I finally found a system that works for me: meal planning on Evernote. I can keep notes with meals plans and move clipped web recipes around when I want them, as well as having categorized notebooks of recipes I want to try. Being able to do this on my phone is a plus, as I can spend my bus ride home Monday, or any day, planning out a week of meals (“soup” and “frozen things from TJs” count!). Cooking more is one of my initial steps in a long-term plan to being healthier overall, and Evernote is helping a lot. 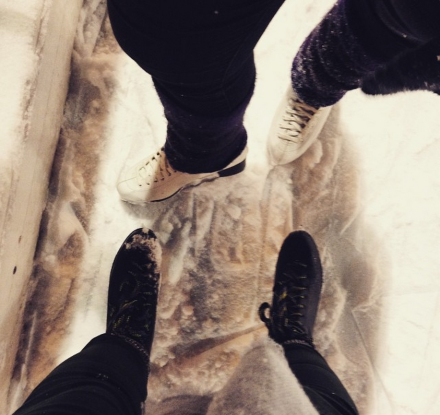 Remembering to enjoy it once in awhile
Ice skating, going for walks when it’s decent out, enjoying having a variety of scarves, wearing cute boots—occasionally winter doesn’t totally suck (especially this year, since we aren’t getting Chiberia 2.0 after all), and it helps to remember that and take advantage of it.

One thought on “5 things saving me this winter”