Oh hey, book talk time. So if you don’t really like reading about the books other people are reading… then I’m not sure why you’re here anyways. Books, guys. Like the lifeblood of my soul.

Errr. And on that note, here’s some short and sweet (or long and rambly) reviews of a few of the books I read during July. Hint: they were mostly pretty awesome.

The Girl You Left Behind  Jojo Moyes

Jojo Moyes stole my beating and reading heart with Me Without You. On my second of her books, she didn’t fail me one bit, with a story of two young women and a painting that connects them. The Girl You Left Behind begins with several chapters with a young woman named Sophie Lefevre trying to maintain the family’s hotel and tavern in WWI German-occupied France while her husband fights for their country.

But when we get to the biggest cliffhanger of Sophie’s story, it ends for the time being, and the main plot begins. (I had to put the book down at this point and pick up the next chapter after a night of sleep. The transition feels odd at the time, even if it makes sense later on.) Liv’s story takes place in the present and unravels the mystery of a long missing portrait of Sophie, painted by her husband, Edouard Lefevre—as well as unraveling Liv’s own life.

Categorizing this “fiction” isn’t entirely accurate. Farewell, Four Waters is a fictionalized account of the author’s time as a aid worker in Afghanistan.

I was able to read this a little early (it comes out in October) so I won’t give much away. I particularly loved how much I learned here: about aid work, about Afghanistan, about being an expat of any sort in an unfamiliar, and sometimes unfriendly, culture.

It was enjoyable fiction, but I think I valued how much I learned about a foreign culture just as much as, if not more than, the entertainment value.

Just let me tell you, this book took me entirely too long to finish. I went long spans of days ignoring it on my kindle, and finished plenty of other books while doing that ignoring.

But here’s the funny thing: I also really enjoyed it. It was just the sort of thing that I really enjoyed a few pages at a time. In a funny way, I think I also kept forgetting that I would enjoy reading it—despite the memoir tone, the amount I was learning about underground culture made it feel like it should be too educational to be all that enjoyable!

Venkatesh recounts several years of his work as a sociologist at Columbia University, from when he first arrived and was struggling to gain trust in the circles he was researching, to years while tenured with a vast network of contacts in the underground markets of NYC. Very interesting, very informative, and very enjoyable.

I wish I could pronounce “Reichl,” because I would be talking about this memoir so much more. Ruth Reichl’s stories of her time as the chief food critic at the New York Times in the late 20th century are brilliant. I love her writing, her sense of humor, and her storytelling style.

I basically know so much more now about food and restaurant culture and lots of things about fancy eating that I will very likely never actually need to know.

And I was also reminded on about every single page how much of a picky eater I am. Really, really picky. It’s an awful thing. But this book? This book is a great thing.

This is my second experience with Atwood. I am STILL enamored by her The Handmaid’s Tale (and still equally tempted to go back and reread or to shove it into the hands of any willing reader friend) and have since picked up more Atwood for my TBR list.

The Tent is dozens of short pieces, ranging anywhere from two to seven pages. Some read like poems, others like essays, and still others almost like short stories. I read these over several months, so the reading experience was fragmented, but I overall enjoyed them each time. I’d love to go back eventually and reread some or all, because I feel like these pieces are the kind that just get better the second time around.

Five years ago, I got to college and realized I no longer liked academics all that much.

I also found that, frankly, I didn’t even care all that much. Except that was also a little bit alarming. 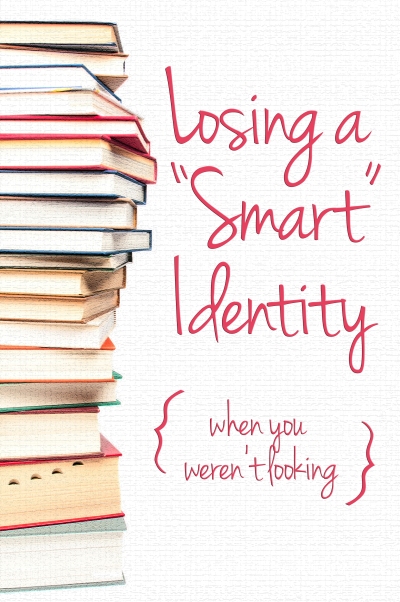 At first, plenty of it was simple burnout. Like plenty of others, I overloaded my senior year with heaps of hard classes and extracurriculars, so by my first college semester I was still exhausted of schoolwork and much more interested by all the new social opportunities. This isn’t an unusual story; except that as more semesters went by, it didn’t really change.

The background; the context; the awkward part where I tell you about high school

A few things possibly going on here: my personality type reads as not enjoying upper education, whatever that means. My learning style hates lectures. I don’t like large classrooms. I may be mildly ADD, but it’s not something that’s been diagnosed. And I liked classes where there was a right answer—like math, instead of “Spiritual Life and Community.”

But it was so very strange to me, especially when placed in context: I was a near perfect student in high school. The only class I’m unsure if I got an A in was PE—in middle school. My GPA was pretty dang good. My senior year, I took calculus. I took AP English. I would have taken more AP classes if they’d been offered, so I took AP US history online with Florida Virtual School. (And then dropped it at Christmas, because alternating between crying and writing more essays on my Christmas “break” finally won out as a legitimate excuse for my deeply burnt out self.)

I was an academic, and I really did like it well enough. It embarrassed me too, to be perfectly honest, because I’ve never been a competitive person and hated the “smart kid” teasing. But it was a comfortable part of my identity, and definitely part of my identity to those around me.

But eventually, we all must leave high school (and thank goodness for that).

Despite all that, despite all seeming predisposition to being a Student with that capital S, I never really found my college academic “groove.” It eluded me, and when the honors students stood up in chapel at Moody once a year, I felt slightly displaced in my seat.

Perhaps because it was a gradual identity shift, I never felt completely uncomfortable in my own skin in this regard. (I also really liked not having to stand.)

But slightly; slightly is still something, and slightly displaced in your identity is still unnerving.

I was still a good student. My grades were comfortable. I took Greek (still working through that trauma). But it was different from who I was before, and definitely different from roommates and floormates who just loved going to class. (And so, so different from people who say they would willingly do school for as long as they could, if allowed!)

When “smart” was part of who you were and how you identified, what happens when smart isn’t what you feel? When your grades quite didn’t reflect it anymore? Can you still self-identify as smart if you have no interest in grad school anytime soon? If you truly and honestly feel like an absolute idiot fairly often? (Ok, we all feel like idiots sometimes. But I mean those times when you feel particularly uneducated or ignorant on something or other. Is that still just everyone at times?)

Or how about when you realize how much you didn’t learn in college?

But, of course, there’s a way to fix it. A next step. A new identity to find! Right?

And I could theoretically take classes, but where do I find them?

Now that I’ve been out of school for over a year, I want to start finding my own way. I don’t need to be an academic; I don’t need to go to graduate school (though I won’t rule it out for the long run).

But I do need to find out what will make me feel “smart” again—or actually make me smart again. I’ll likely be talking about this again in the future, especially as I consider the direction of online classes, but I’m taking suggestions in the meantime.

What do you do to educate yourself when you’re out of school? Did leaving school—or being in it—change your intellectual identity in some way?